Back in February, a draft of a Trump administration executive order entitled “Making Federal Buildings Beautiful Again” proposed that the classical style of architecture – specifically the architecture of ancient Greece and Rome – as the “preferred and default style” for federal buildings. Within the entire real estate industry, the idea has caused much concern. In fact, national architectural and preservation groups including the American Institute of Architects and the National Trust for Historic Preservation immediately publicly denounced the order – really, in defense of design and democracy.

As an architect and a student of political science, I disagree with this sweeping edict that classical architecture is the only style for public buildings – and my reasons are constitutional.

First, the proposed order mandates the classical style for all federal public buildings, courthouses and agency headquarters located in Washington, D.C. and the surrounding area known as the National Capital Region. What’s more, federal public buildings that cost more than US$50 million to construct anywhere in the country would be required to comply – with certain minor exceptions, such as the Spanish colonial style. It’s outright unconstitutional and I will explain why.

This new order would overturn the existing “Guiding Principles for Federal Architecture” issued in 1962. These principles emphasize the importance of diverse “designs that embody the finest contemporary American architectural thought.” The guidelines specifically state that “development of an official style must be avoided.” Design must flow from the architectural profession to the government, and not vice versa” – exactly the opposite of what Trump’s mandate is attempting. The new proposed Trump policy was written by the National Civic Art Society, a conservative nonprofit group that promotes classical styles of architecture, urbanism and the arts. In fact, though, this group considers modernist architecture to be “a failure” and endeavors to “help architecture return to its pre-Modernist roots.” And, the group claims that all forms of modern architecture “reject traditional standards of beauty and harmony. Indeed, ‘beauty’ is a forbidden word.” How un-inventive and how truly, un-American.

The order purports to solve the “problem” of ugliness – by a small, unelected group appointed by the President to pass judgement on design. But “ugliness” is not the problem – the problem is a rejection of the notion that power flows from the governed.

Architects are certified to create facilities that promote public health and welfare. The American Institute of Architects has made of point of NOT making decisions about the beauty, utility or appropriateness of a facility based on stylistic choices. Any group that conducts design review should ask: Is this building designed to promote what the end-users and their community need? Does it respond to its context – social and environmental?

Conservatives ostensibly support the notion of republicanism and federalism – a limited federal government serving the needs that local and state governments cannot – such as the common defense. The United States is set up to first be locally controlled, then state-managed, and then federally mandated (if necessary). This is – quite simply – what self-government is all about.

Why would you remove this aspect of self-government to please a small group of people who consider anything short of classical design inappropriate for millions of their fellow citizens? Our revered AIA responded by stating unequivocally there is no “one-size-fits-all” design scheme. Our founding founders would agree.

(Rebecca is President, Principal and Sustainability Director of Finegold Alexander Architects. She can be reached at rberry@faainc.com.) 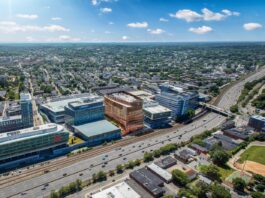 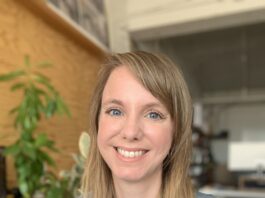 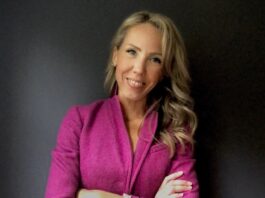