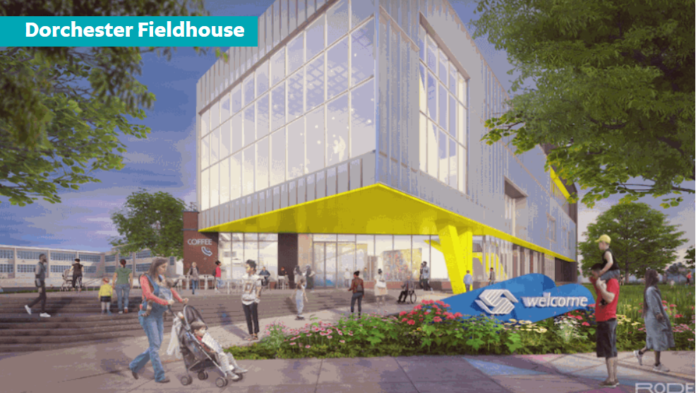 The Dorchester Fieldhouse at 315 Mount Vernon Street in Dorchester will bring youth programming and employment opportunities to the neighborhood through the construction of a new three-story recreation complex. The project, proposed jointly by the Boys and Girls Club of Dorchester (BGCB) and the Martin Richard Foundation, will include an indoor athletic field and courts, track, fitness and training rooms, classrooms, teaching kitchen, event space, and office space. The essential programming of the building will be supported by an on-site cafe. The fieldhouse will be accessible to Boston Public School (BPS) students at McCormack Middle School, Dever Elementary School, and any potential future schools operated in the Columbia Point neighborhood. In addition to creating employment opportunities for students and local residents, the fieldhouse will also facilitate workforce development programs utilizing the new spaces, in areas such as the culinary arts. The event and conference space will also be open for use by the local community. This project will also provide Bluebikes in the vicinity of the fieldhouse, and support the Bluebikes program with a $49,000 contribution.

90 Braintree will support the artist community in Allston by creating new housing, as well as new income-restricted artist live-work space.This new six-story building will create 111 new rental units, 22 of which will be designated income-restricted, and five of which will be designated as artist live-work space. The artist working space will be located on the main floor of the building. The units will be a mix of studios, one bedrooms, two bedrooms, and three bedrooms. The project is located within the Brighton/Guest Street Planning Study boundary, which was adopted by the BPDA Board in 2012. The study called for an updated street network and outlined public realm guidelines for future projects. This project will provide garage parking for cars, as well as bicycle spaces on site. The project will contribute $500,000 to the Allston Brighton Community Development Corporation to help fund 20 affordable housing units on Hano Street. Additional community benefits include $75,000 for bike lane improvements as part of the Allston Brighton Mobility Plan, $49,000 to create a new Bluebikes station, and $111,000 for improvements at nearby Penniman Park.

Located in Dorchester, this project will build an addition onto the existing building at 1154-1156 Dorchester Avenue to create a transit-oriented five-story building. The project is responsive to the BPDA’s PLAN: Glover’s Corner draft recommendations and will create 20 new homeownership units, three of which will be income-restricted, as well as commercial, office, and community space on the ground floor. The units will be a mix of one, two, and three-bedroom apartments. There will also be bike parking on site. As part of this project, the developer will widen a portion of the sidewalk on Dorchester Avenue and design and install an ADA-accessible crosswalk across Dorchester Avenue at Greenmount Street and Dewar Street to improve pedestrian conditions and access to existing transit. The project will contribute t $5,500 to the City’s Bluebikes program.

This project will build 33 new housing units in the South End, four of which will be income-restricted. The developer will demolish the existing building and construct a new six-story building containing housing and commercial retail space. The units will be a mix of studios, and one-bedroom units. The building will also include 34 bike parking spaces. As part of the community benefits for this project, the developer will contribute $25,000 for open space improvements in the South End and widening the sidewalk in front of the project site.

Boston’s gateway to the North End will be revitalized with a hotel project on Cross Street between Salem and Endicott Street. The project, following the BPDA’s Greenway District Planning Study, will construct a five-story, 124 room hotel that will also house two restaurants and a seasonal rooftop dining terrace while transforming the existing plaza into a more pedestrian-friendly space. An open air passageway will connect Cutillo Park with the Rose Kennedy Greenway, and the developer has agreed to create ADA access to the park. Furthermore, the developer will contribute $100,000 to Cutillo Park, enter into a maintenance agreement with the Parks Department, implement rodent control measures as well as trash enclosures for area business trash receptacles.

The Herb Chambers Companies will redevelop the existing Honda auto dealership on Morrissey Boulevard. The redevelopment will fund streetscape improvements, including a ten foot wide sidewalk along Victory Road to provide access to the future bike and pedestrian path along Morrissey Boulevard and the Neponset River path extension that is planned to run parallel to I-93. The project will contribute$100,000, which will be matched by the Department of Conservation and Recreation, to fund the design and implementation of Tenean Beach and Conley Street improvements, as well as a deployable flood gate, as recommended in the planning study Climate Ready Boston, Coastal Resilient Solutions for Dorchester.

A massive surface parking lot in Mission Hill will be transformed into Wentworth Institute of Technology’s (WIT) new athletics home. The new turf field will be built over a parking level, of which 25 percent of the spaces will have EV charging stations. The project will dramatically improve the streetscape and pedestrian areas along Parker, Station, Halleck and Prentiss Streets. While the field will primarily serve WIT athletic and student programming, WIT will provide opportunities for the community to use the facilities and provide support for athletic and pipeline programs managed by the Tobin Community Center, RAMP and Dual Enrollment. As part of a community benefits package, WIT will also upgrade computer equipment in the Mission Main Community Center.

In addition to the New Sweeney Field, the BPDA Board approved two other updates to previously approved projects:

The BPDA Board voted to send a proposal to the Boston City Council that would seek an extension of nine Urban Renewal plans until the end of 2022, while permanently sunsetting five. Through the community process since the last extensions in 2016, the BPDA determined that it will be appropriate to sunset five Urban Renewal plans, Brunswick-King, Boylston-Essex, School-Franklin, Park Plaza, and Kittredge Square, in April. The Wu Administration and BPDA are seeking to extend the remaining nine plans until the end of 2022, in order to develop a plan to retain certain community benefits in the plans such as affordable housing and open space protections. 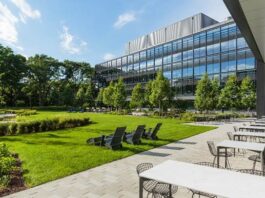 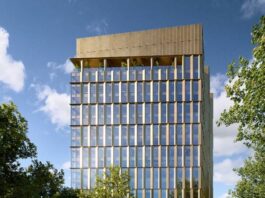 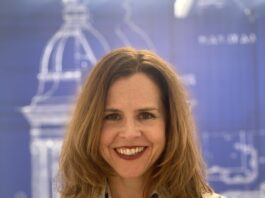 Laura Brink Pisinski: Securing the Future of a University in the...