WOBURN, MA – After more than 40 years of service, Mike Sheehy is retiring from Cummings Properties. His career-long employment at the commercial property firm charts a path of continued achievement.

“There are great opportunities here,” said Sheehy, when asked about his decision to spend his entire career at Cummings. “If you apply yourself, you can keep climbing the ladder as high as you want to go.”

Sheehy joined Cummings Properties as a carpenter’s helper shortly after graduating from Northeast Regional Vocational School. He soon worked his way to a team leader position. As he amassed greater trade and leadership skills, he was promoted to associate division manager in Woburn, then co-division manager at the massive Cummings Center campus in Beverly.

For the last 19 years, Sheehy has served as a division manager at the Company’s Woburn headquarters, where he has overseen all construction and maintenance activity for nearly 3 million square feet of commercial space. This role also involved managing and helping to develop hundreds of team members who have worked in a variety of trades.

“At Cummings, we hire the person, rather than the resume,” said vice president of field operations Greg Ahearn. “Mike’s approachable nature, quiet confidence, and selfless dedication to being a team player have made him a very effective leader at multiple levels. His easygoing style and willingness to share his impressive trades knowledge are just a couple of qualities that have made him an exceptional colleague.”

Sheehy played significant roles in several of the firm’s major developments, according to Ahearn. His contributions to Cummings Center’s transformation from the defunct former site of United Shoe Machinery Company are memorialized through the campus’ pondside Sheehy Park.

“Working for Cummings has been a great situation for me,” said Sheehy. “It’s a stable organization, and there is always a new project in the works, which makes for a diverse and varied work experience.”

Sheehy is one of five employees to reach the four-decade mark at the 50-year-old firm, which is known for its uncommon employee longevity. A lifelong Massachusetts resident, he was raised in Winchester and has lived in Reading with his wife, Lisa, for more than 30 years.

“We encourage all of our employees to really consider what it is they want to be doing and engage in regular conversations with a supervisor about what needs to happen to get them there,” said chairman and CEO Dennis Clarke, who joined the firm in 1992. “Mike’s journey at Cummings Properties is an excellent example of what can happen when you focus on where you want your career to go and put in the work to realize your goals.”

Since its founding in 1970, Cummings Properties has frequently promoted from within. With a portfolio of 10 million square feet of commercial space in the greater Boston area, the firm currently has a staff of more than 360 from a variety of disciplines, including all of the construction trades, plus architecture, engineering, sales, graphic design, accounting, and legal. 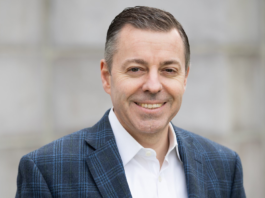 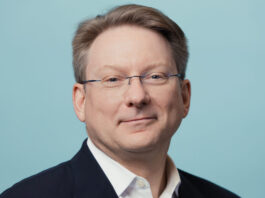 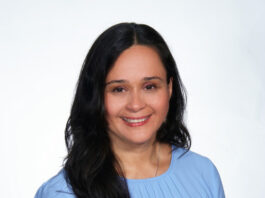 ABOUT US
Boston Real Estate Times is the premier source of online information about commercial real estate in Massachusetts.
Contact us: [email protected]
FOLLOW US
© Newspaper WordPress Theme by TagDiv
Loading Comments...